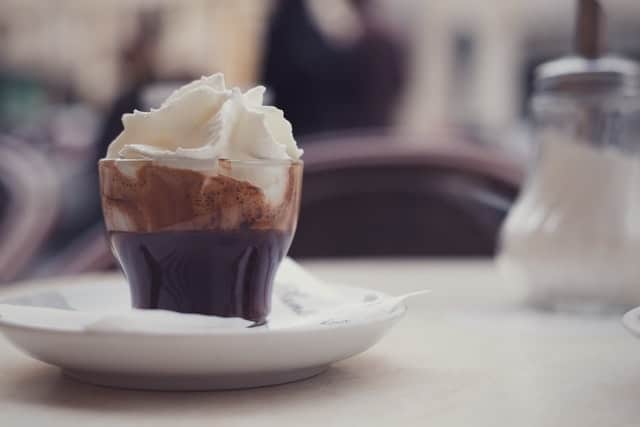 Are you on a keto diet, and you went to the grocery store, and your eyeballs fall out on Reddi Wip cream, and you started to wonder if Reddi Wip is keto-friendly?

Well, in this article, we are going to talk about whether Reddi Wip acceptable on a keto diet or not, when to use it, how many carbs it contains, is it good or bad for you, and also we are going to see whether it is dairy-free or not?

What are the ingredients in Reddi Whip?

Reddi Wip has three types of categories Classics, Non-Dairy, and Barista. Each category has different products. Each of these products has its own ingredients.

According to their official website, the ingredients that used in Reddi Wip original are Water, Cream, Sugar, Corn Syrup, Nonfat Milk, Less than 2% of Mono- and Diglycerides, Carrageenan, Natural Flavor. Propellant: Nitrous Oxide.

As you can see, Reddi Wip contains sugar in its ingredients, but it is a small amount of it, and it won’t be a concern here as long as you respect the recommended amount of sugar you take each day.

Second, we have Mono- and Diglycerides. These are considered safe according to the FDA, but these contain trans fat, and there is no way to know how much it contains of it, so you have to be careful when consuming it. But here we see that they included that it’s less than 2%, so it may not be a concern as long as you stick to the recommended intake of it.

The third Carrageenan is also considered safe according to the FDA, but some studies show that Carrageenan can cause: glucose intolerance, colon cancer, inflammation, irritable bowel syndrome, bloating, food allergies. However, there have to be more studies to confirm whether Carrageenan causes disease or not. So you may want to limit your consumption of it until that time.

The ingredients that used on it are:

Compared to the original one, here we have three new ingredients: Maltodextrin, Cellulose Gel, and Cellulose Gum.

Let’s start with the first one, Maltodextrin: Maltodextrin is considered safe as long as you consume it in moderation, but it’s not recommended for people who have been diagnosed with diabetes. However, because Maltodextrin is like sugar, it can increase your blood sugar if you consumed a large amount of it.

Cellulose Gum: this one is generally considered safe, and most people don’t have to worry about limiting their consumption of it.

Cellulose Gel: this also is like Cellulose Gum, and you don’t have to worry about it.

The ingredients of this are almost the same as the previous ones except that this one has a new component called Polysorbate 80. This one is like the Carrageenan.

The ingredients used in this one are almost the same as the original one.

Let’s move on to the next one Non-Dairy:

Here we have two new ones’ Pea Protein and Xanthan Gum.

Non-dairy Almond ingredients are almost like the previous one except that the Coconut Milk is replaced with Almond Milk.

And the last one Barista Series:

Here there are no ingredients that you can worry about, and the same goes for Nitro Coffee Creamer.

Reddi Wip is keto-friendly only if consumed in moderation (the recommended amount is 2 tbsp). However, as Reddi Wip comes in three types: Classics, Non-Dairy, and Barista, this rule does not apply to the Barista series.

How Many Calories Are In Reddi Whip?

Is Reddi Wip high in carbs?

Is Reddi Whip a dairy product?

Yes, Reddi Wip is a dairy product, and even it has dairy-free products, these contain cream in their ingredients, which is not a dairy-free.

Is Reddi Whip bad for you?

Well, It differs from person to person; some will get allergic to some of their ingredients the others will not. So, to decide which one is good for you, you have to look at their product’s ingredients and pick the one that good for you.

Which type of Reddi Whip is best for keto diet?

In my opinion, I think the type Dairy-Free is the best for the Keto diet because the ingredients used on Dairy-Free products are safer than the other types.

You can use Reddi Wip on a keto diet, but only if you stick to the recommended serving amount (2 tbsp) you should take.

Other posts you may also want to read.